The Alto Garda comprises an arc of land, mostly rather flat, that hugs the northern end of Lake Garda while the Val del Sarca is simply the continuation of these flat lands up and beyond the rising hills beyond the town of Arco following the course of the Sarco river to its source in the lakes of the Valle dei Laghi. The border between the two valleys is formed roughly by the most impressive of the rockslides in the region, still almost a lunar landscape of rubble slowly being reclaimed by nature. The rockslide was only the latest in a series of slides that essentially helped to dam up the higher reaches of the valley while creating the series of small lakes from which the valley claims its name. The rock slide also has served to reduce the alluvial flow from the higher reaches of the valley leaving a broad flat plain rich with silty soils, alluvial deposits,  grey calcareous soils in the upper reaches of the valley as well as and marine deposits left by the shifting shores of Lake Garda. 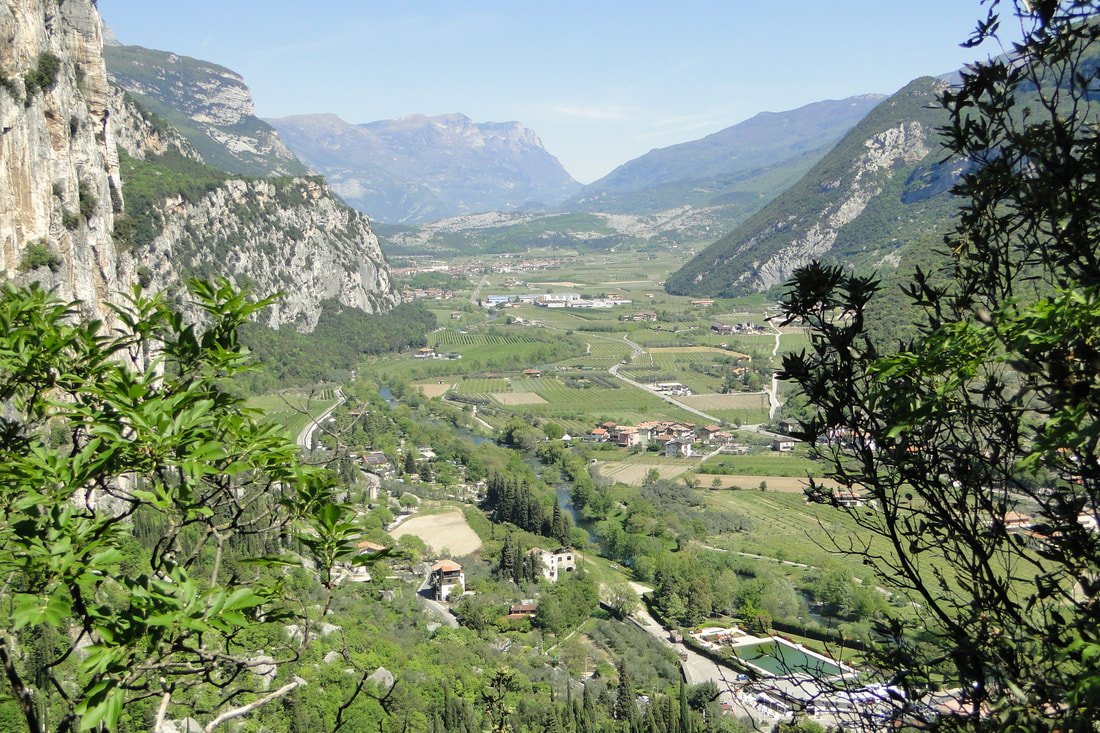 The climate here is the one most influenced by both proximity to lake Garda as well as the ora winds that blow off the lake with stunning consistency each afternoon.  The sub Mediterranean climate along with the soils here tends to yield richer, bolder wines  though the calcareous soils offer backbone and minerality as well.  The higher region of the Valle del Sarca is, along with the stretch of Adige Valley from Mori to Rovereto, the warmest zone of TrentoDOC, with the longest growing season. Heat accumulates in the rubble that forms the border between the Valle dei Laghi and Valle del Sarca and that physical barrier also stalls the warm winds coming of Lake Garda. A tiny but fascinating region.