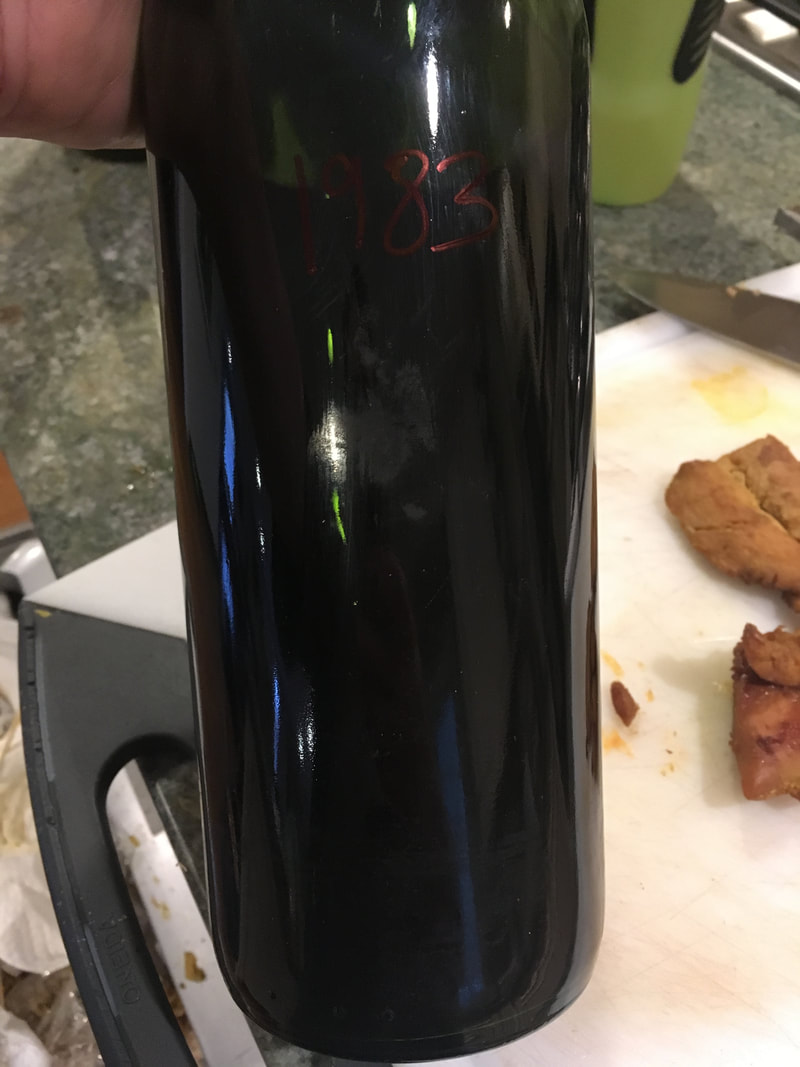 Life is undoubtedly funny sometimes. For example, back in 1985 I was just getting interested in Bordeaux, just in time to jump on the 1982 bandwagon, but oh the prices! Today they are laughable, but at the time, with a very tight budget, I failed to see the humor. I did buy some 1982 Bordeaux, Meyney, Poujeaux, Prieure-Lichine and La Louviere chief among them, but I just couldn’t get myself to pull the trigger when other recent vintages were so much cheaper. 1979 and 1981 Cos d’Estournel for example, were far less expensive than the 1982, so I did what any ‘savvy’ consumer might do. I opted for twice the number of bottles, though from two notably lesser vintages as time would prove. I can’t say that I am thrilled with that choice, though the wines were decent, and without much appreciation, easily shared.

Another wine that caught my eye around the same time was the 1983 Haut-Bages-Liberal. I had bought a bottle, unable to recall why at this point, and enjoyed. I thought it was a solid bottle of Bordeaux, not quite at the level of my beloved 1982 Poujeaux, but very close and I was able to find magnums for some ridiculous price, perhaps $13.50 a magnum or so, so i did what any “savvy” consumer might do, I bought 2 cases, which for me at that time was both the most money and largest number of bottles that I had spent on a single wine.

I went through a case over the years, enjoying the wine but never finding it to be as special as I thought it was. A solid Bordeaux cheap enough to open for any occasion that merited a magnum.  In the sense it was in fact a very good buy. As good as a case of the 1982? No. But it served its purpose. Or so I had thought.

I recently was moving some wine around in the cellar and at the bottom of a stack of cases I found the other case of magnums I had bought all those years ago. The labels had all slid off the bottles but on initial inspection I was surprised to find that the fills on these magnums were excellent. Was there any hope that the wine would still offer any enjoyment? With only one way to find out I grabbed a magnum and brought it home, planning on opening it over the coming holiday season.

This past week we had one of our annual parties to attend and I grabbed a magnum of a lovely, if surprisingly oaky Chianti Classico Riserva to take with us, but being a fairly big party, rooted around for something else. And there she was, the label-less bottle of 35-year-old Bordeaux. This would be a perfect opportunity to try the 1983 Haut-Bages-Liberal. If it was good, we’d enjoy it, if it was less good it could get lost among the wines on offer.

I opened the bottle about 90 minutes before the party began in order to double decant it off its sediment. The wine was clear and the color still quite good with just an amber glow to the fairly dark, red core. The nose was reticent and in the mouth there was little of interest at first sip, but nothing that would indicate that the wine was gone. So back in the bottle it went along with us, off to the party.

Below is my note for the wine. A perfect mature, better than average but not great bottle of Bordeaux, and yet there was still something magical about this wine. It was the texture, that silkiness that only aged wine can offer. The crowd t the party, not ones to age wine, noticed this old bottle, it was passed around. A few people obviously didn’t enjoy the aged flavors, and perhaps the texture held no interest for them, but a few people most certainly did take note of what this fine, old wine offered. While I thoroughly enjoyed the wine, seeing other people have an opportunity to experience it as well was a far greater gift to me. I felt vindicated in my decision, some 3 decades ago to make this purchase. Sometime, simply by sheer luck, “savvy” consumers get it right.

One finale note; as I am undertaking something of a cellar reorganization this was a fortuitous time to have tried this wine. It reminded me of the beauty of old Bordeaux, wines that I do not drink often enough, and in the same moment pointed out that these wines need not be expensive to provide that special experience unique to aged Bordeaux. I’m not sure more modern vintages will age in the same way, in fact I am quite certain they will not, but there are always special bottles out there worth pursuing, and cellaring, in the hopes of at least mimicking the pleasure this old soldier provided. I am now on the hunt!

Smoky, earthy and gravelly on the nose, interesting and nuanced with fine tobacco and cigar box accents,  if not at all fruit driven. In the mouth there is a slightly different story.  With a touch of tannin still lending backbone, this is mostly driven by acids today but retains a comfortable padding of fruit, delicate, plummy, earthy and turning redder with acid towards the back of the palate. there's nothing remarkable here, except for the pleasure and condition this throw away bottle is providing. It’s balanced with a softness only age can provide, yet retains the mineral grab of the tannins of the vintage. Lovely tobacco laced red berry flavors linger on the palate, well balanced, unobtrusive, stately, and satisfying.  87pts
Proudly powered by Weebly