I was introduced to the Barolo of Claudio Boggione some years back by a friend who brought a bottle to New York for me to taste. It was an attractive bottle, lighter than expected and pleasant but not terribly memorable. I enjoyed it over several nights but it never really wowed me. It was a freshly shipped bottle of 2010 Barolo though, so it was easy to dismiss my experience as anomalous.


Then, two years ago, I got around to visiting Boggione, actually meeting Claudio’s father as Claudio was indisposed at the time. I tasted through three vintages that day, and again the wines were good, certainly well made, but lacked that something extra that would keep my attention. Last year, different vintages, same experience, though we did meet with Claudio and were given a tour of the vineyard, brief as it is a mere hectare, and the cellar.


Not one to give up easily I returned this year for a follow-up visit and tasted the 2013, 2014, and 2015 vintages out of bottle as well as the 2016 and 2017 out of botte; and finally it clicked. Fortune has of course shined on the region. Never before have there been such a string of vintages. The first thing that I realized about Claudio’s wines was a consistency across vintages, three very distinct and unique vintages. And yet each wine was unique. There is no winemaking that can create this magic. This was the terroir speaking and while it is a wine that perhaps is not representative of the public perception of Brunate cru, it is a pure translation of what that single hectare has to say.


This is a Barolo 301 sort of class. It’s not only a wine of the region, not even only a wine of a cru or sub-region, but truly a wine of a plot of land, unfettered and unencumbered. Claudio doesn’t intend to do much with his winemaking. After 18 years at it he maintains a simple approach. Fermentations are spontaneous, macerations last for 15-20 days, typically towards the longer side,  After initial racking the wine is left in it’s fermentation vessel for a year to naturally decant before being aged for two years in a mix of 20 to 30 hl botti of both French and Slavonian wood.  Bottling occurs in lots due to a lack of space to store the bottled wine. Production of the Barolo typically averages between 7000-8000 bottles.


In the vineyard the Boggione’s follow the tenets of the Green Experience protocol. With only a single hectare to tend they are able to make multiple passes through the vineyards each year, removing damaged grapes and clusters and doing a very strict green harvest routine. This past year they’ve started to use anti hail netting and have found that an added bonus is a slight reduction in sunlight hitting the grapes which helps to alleviate some of the stress encountered during the hotter vintages. The vines are a mix of 60 and 10 year old plantings. 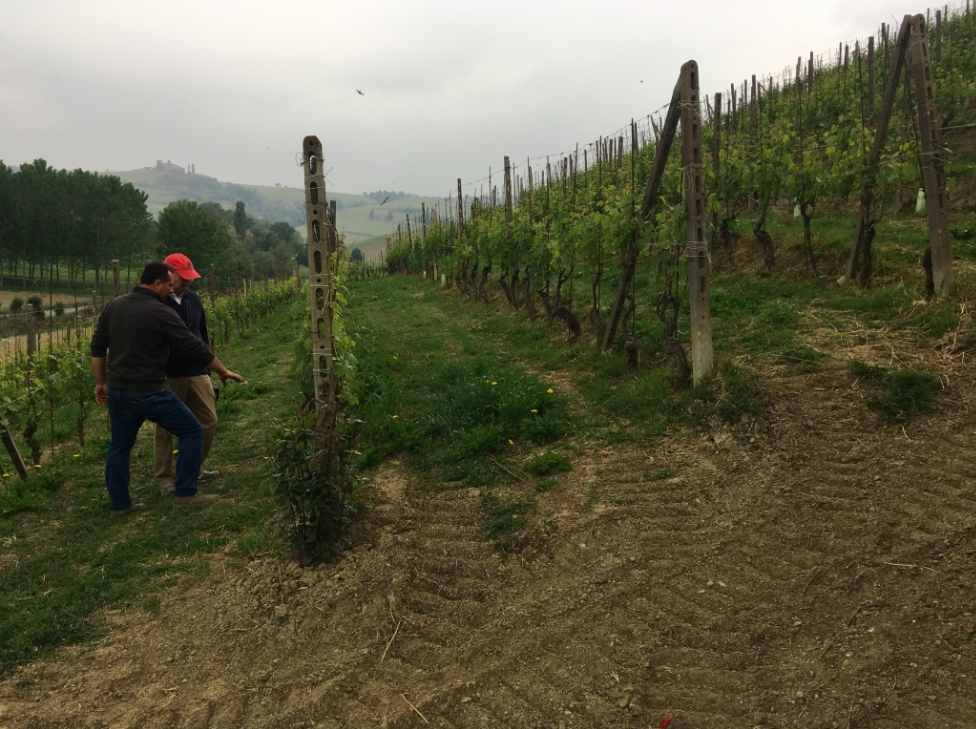 That is the deal, simple as can be. So where did I go wrong? It was my expectations. This is after all a Barolo Brunate. But is it. That is the problem with these rather large crus, or in the case in particular a cry that stretches over a significant hillside with soils changing over the 200 meters or so of elevation change, as the cru passes from Barolo village at the bottom on to the slopes of la Morra. . Bogginess Brunate is the product of a marginally cooler part of Brunate, but also must be due to soils that differ from the bulk of the cry that rises above Claudio’s little corner. 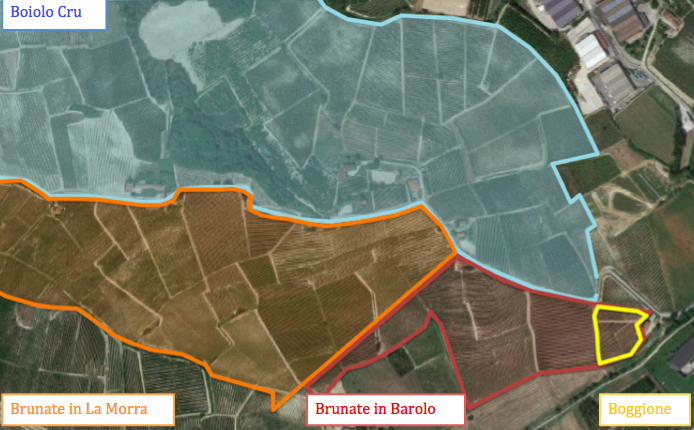 In any event, this year a light bulb went off for me. I understand these wines now and know where they fit within the pantheon of Barolo wines. I will start buying these wines, and perhaps you should as well. Not only to support a small grower whose family has struggled over the years, maintaining their independence and unique vision, but also because this is a terrific wine, so expressive of its origin. That is the last step of acceptance in Barolo. Moving beyond what we think wines should be and accepting the pure expression of what they are.


Claudio has been making these wines for 18 years now, and it would seem a bit flippant of me to say that his wines are better than ever, I say that about many producers these days, but the truth is that there has been a wholesale change here in Piedmont, initiated by the changing climate, and it has taken years for producers to adapt. Witness the hail netting for example. The wines tasted here today, particularly 2014 and on, appear to be on another level for this charming little producer of succulent, floral, and delicate wines.

It is worth noting that Claudio bottles his Barolo Brunate with two different labels. The so-called new label with the swirl of color and wine glass is used for the domestic market while the actual new label which recalls his father's label is used for export markets. Claudio has planted some vines for the production of a Langhe rosso along the southern reaches of his property, an area prone to frost. In three years, assuming there is no frost, he will begin bottling the Langhe Rosso with the label design currently used for the domestic market Barolo and begin bottling all the Barolo under the classic label, which he feels is more representative of the character and quality of his Brunate.


Lovely floral and earth nose with some limestone spice and a hint of stemmy herbal/sassafras notes; dry fragrant and primary. Bright, taut, and juicy in the mouth with lots of acids here. Transparent and fairly delicate, definitely fills the mouth with fragrance, lacks a degree of integration and perhaps some flesh on the palate, though with good length, and a hidden sweetness to the fruit, austere and strict with lots of soil and mineral emerging on the nose. 91pts


10% reduction in production, lost in the freeze of April 16


Really very much cast from the same mold as the 2015. Aromatic, spice, soil, floral, more nuance and  less sweetness, brighter, chewier too. Lots of intensity, though only a touch of fruit on the palate which comes off as more blueberry scented, fine grained tannins, lively in the mouth, lacks the length of the 15 but is a strong showing,  Balanced and very finely textured, tannins are a little dried and powdery, drops off on the finish with incipient tea and tobacco tones and some sneaky savory length but without much flesh does show a bit of alcoholic warmth. 89pts


Soil driven, reticent, subtle with some surprising hints of carob evolution, lots of dark aromatics some floral and stemmy but with incipient asphalt, notes. Supple, elegant juicy, though still not as dense as I would expect, here. Some cherry fruit begins to emerge, from under the bright, tight, fine tannins. Shows lovely balances, palate cleansing with some emerging savory length here as well, lots of nuance and depth if not power,  more leafy aromas, green leafy, gains length and fine precision. Needs some more time but should be ready with only another 2-3 years in bottle. 92pts


Shows notably more aromatic evolution with lots of floral aromas dried rose petal and a touch of beefy ripeness. This is way riper than the 2013. Lots of complexity on the palate. Slightly tarry and savory fruit with tannins that aren’t as fine or ripe as with the 13. Good lightly spicy savory length. Good purity and definition on the nose but has a slightly muddied palate presence. 89pts.


More evolved on the nose than I would have liked. Lots of earth and tobacco and flinty clay laced spice notes. Sweet fruit in the mouth where this is quite nice. Still tannic but with sufficient fruit. Though the tannins remain dominant. Nice wine but nothing special. 88pts
​​
Proudly powered by Weebly